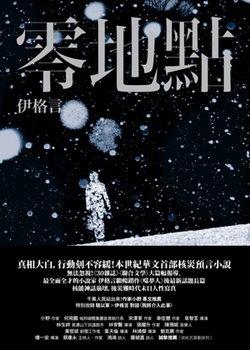 October 19, 2015. There has been a level seven major accident at Taiwan’s No 4 Nuclear Station and nuclear waste is pouring out, affecting the whole of northern Taiwan. The government tries to keep quiet about the scale of the incident, but patients are flooding the country's hospitals, displaying classic symptoms of serious radiation poisoning. Two weeks later, one of the station’s engineers employed to check reports of faulty cooling systems and poor maintenance is found in hospital, suffering from severe memory loss. He appears to have been wandering the exclusion zone since the disaster, but has no memory of what he’s been doing or why he didn’t evacuate with the others.

April 27, 2017. This very same engineer, Lin Qun-Hao, is still being kept under surveillance and is undergoing a radical new treatment called Dream Image Reconstruction. Dr Li Li-Ching is under instructions to help this man piece together what happened to him following the accident. That is, until the machine captures an image from Lin’s sleep. It’s grainy. A face. But it’s him, no doubt about it. Hechen Duanfang, the ruling party’s candidate in the upcoming presidential elections. Head of the Nuclear Safety Commission at the time of the disaster. Leader of a Special Death Mission into the exclusion zone to investigate the cause of the leak. A national hero. Dr Li makes a copy of the image before promptly being told to stop treatment. Lin Qun-Hao and Dr Li realise they must have come across a vital piece of information and someone wants them to stop digging.

Alternating between the months before the disaster in 2015 and the lead up to Taiwan’s 2017 presidential elections, Ground Zero is a suspenseful journey through our notions of ‘civilisation’ and the lengths to which those in power will justify sacrificing their humanity and even human life for their own gain. The mushroom cloud of Fukishima hangs heavy over Egoyan Zheng’s second novel, which combines the best of literary fiction and psychological suspense to create an engaging parable for our time.