Dr. Hippo has treated the animals of his village for decades. Now that it’s time to retire, he goes from fixing people to fixing toys, and starts a new chapter in his life.

Sick or injured neighbors of Dr. Hippo have been lining up outside his clinic door every morning for years, but as he ages, Dr. Hippo is getting up later, getting tired faster, and not always on the mark with his prescriptions. He has to face it: it’s time to retire.

But slow days of retirement are not as relaxing as you might think; Dr. Hippo finds himself sleeping poorly, anxious, and low on energy. One day, as Mr. Fox goes to throw out a bunch of toys, Dr. Hippo offers to fix them instead. Fixing toys for children enriches his days and enlivens his imagination, and so he puts a new sign up on his door: Dr. Hippo’s Toy Clinic.

Inspired by a true story of retirees who fixed toys, Fang Su-Zhen tells the story of new life after retirement in simple, flowing prose, while Hao Lou-Wen builds a rich, detailed world through her ornate illustration. 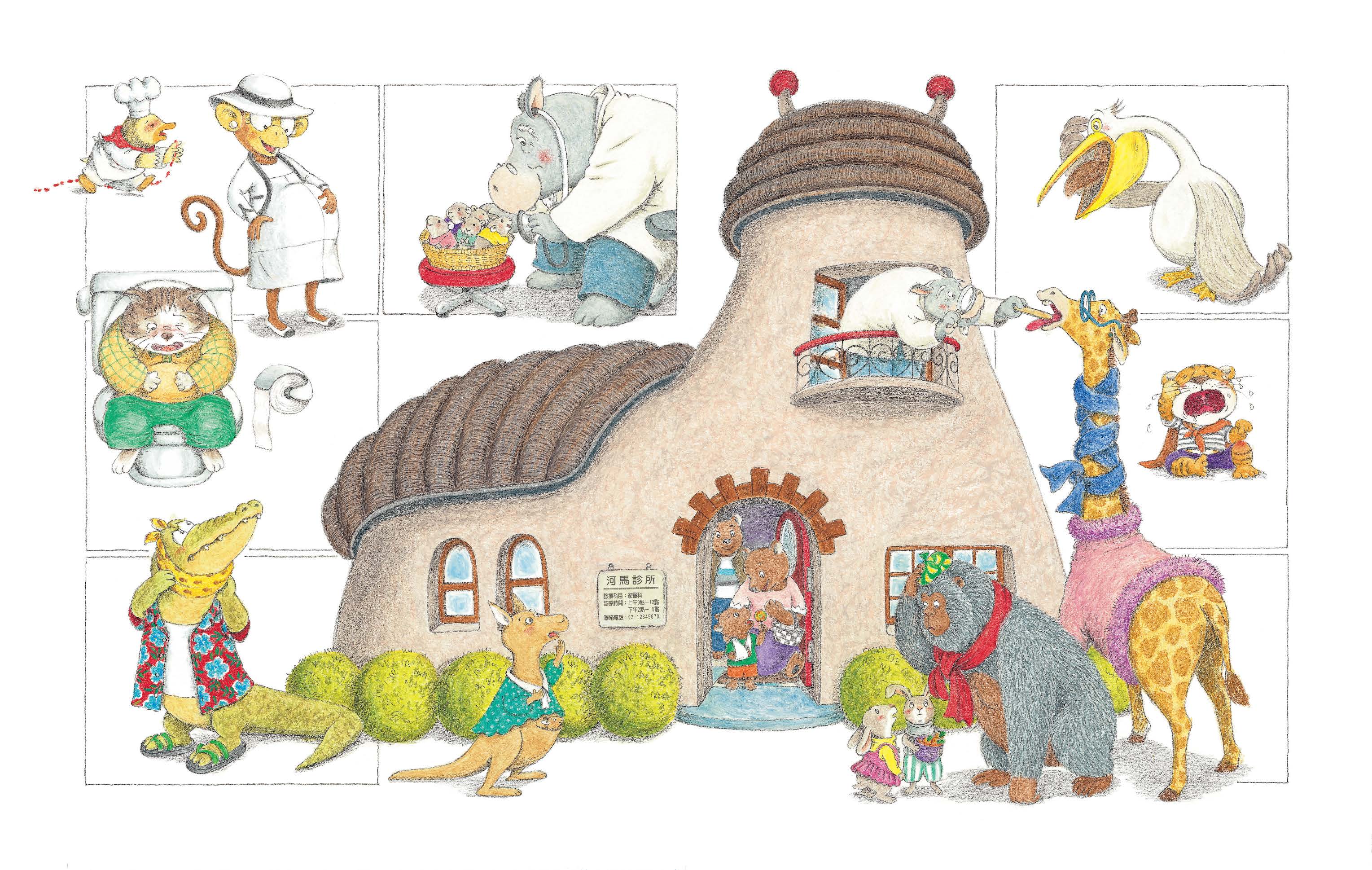