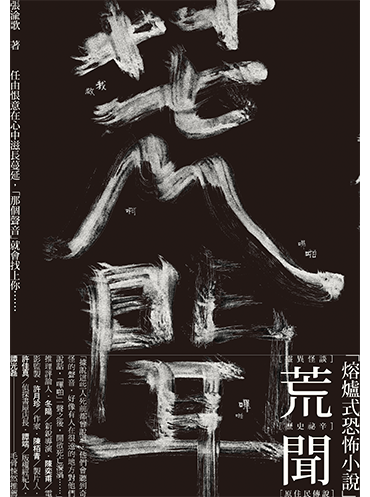 Possession, death, and desperation define Chang Yu-Ko’s newest story of urban horror. A ghostly voice drives the wife of dissipated cab driver Wu Shih-Sheng to attempt suicide; when he hears it come from an abandoned radio in a cab, he discovers a malicious presence behind the voice.

Chang Yu-Ko’s The Whisper melds native Taiwanese ghost stories with brutal urban dystopia and the chilling tones of modern Japanese horror, a la Koji Suzuki’s The Ring. Laid-off factory worker-turned cab driver Wu Shih-Sheng seems to have hit rock bottom: having sold his house to help pay a settlement for a pedestrian he hit, he and his embattled wife work constantly just to pay bills, with cigarettes and alcohol providing his only temporary relief. Then, one day, his wife collapses at her cleaning job, as a mysterious female singing voice fills her ears, and Shih-Sheng discovers how much worse things can get.

The voice drives his wife to jump off a roof, follows her to the psych ward in the hospital, where it eventually kills her. While the doctors all believe it to have been the result of a psychotic break, Wu Shih-Sheng discovers otherwise when it comes wafting from an old radio he finds in an abandoned cab. A Taoist priestess informs him that a restless spirit has killed his wife, inspiring Wu Shih-Sheng to set off on a journey of revenge that will take him deep into the Taiwanese mountains and bring him face-to-face with a malevolent ghost and her dead victims.

Savor this contemporary island take on hard-boiled horror, deeply enriched by the magics of local mythology and the modern mindset, very much in the fashion of The Ring. Chang Yu-Ko’s imagined world is merciless, but its stories are long-lasting.