Su Yu is a professor, Ji Jing-Sen his favorite student. But three years ago Ji left without warning, to Su’s great dismay. Now work brings them together, seemingly strangers once more.

Su Yu is a 31-year-old professor, Ji Jing-Sen is 23 and Su’s favorite student. An ill-defined relationship, something more than academic, develops between the two. One day, Ji leaves with no farewell. Three years later Su is asked to carry out a survey of plant life in the Penghu Islands. In a photograph in the information pack he is sent, he sees Ji. Despite Su’s desperate hopes for a reunion, Ji acts as if the two have never met and Su is heartbroken. They once knew each other’s every thought. Why are they now acting like strangers?

The artist’s gentle style reflects the pain of love. Much like a manga version of Brokeback Mountain, this is a rare story of romantic love between two men. 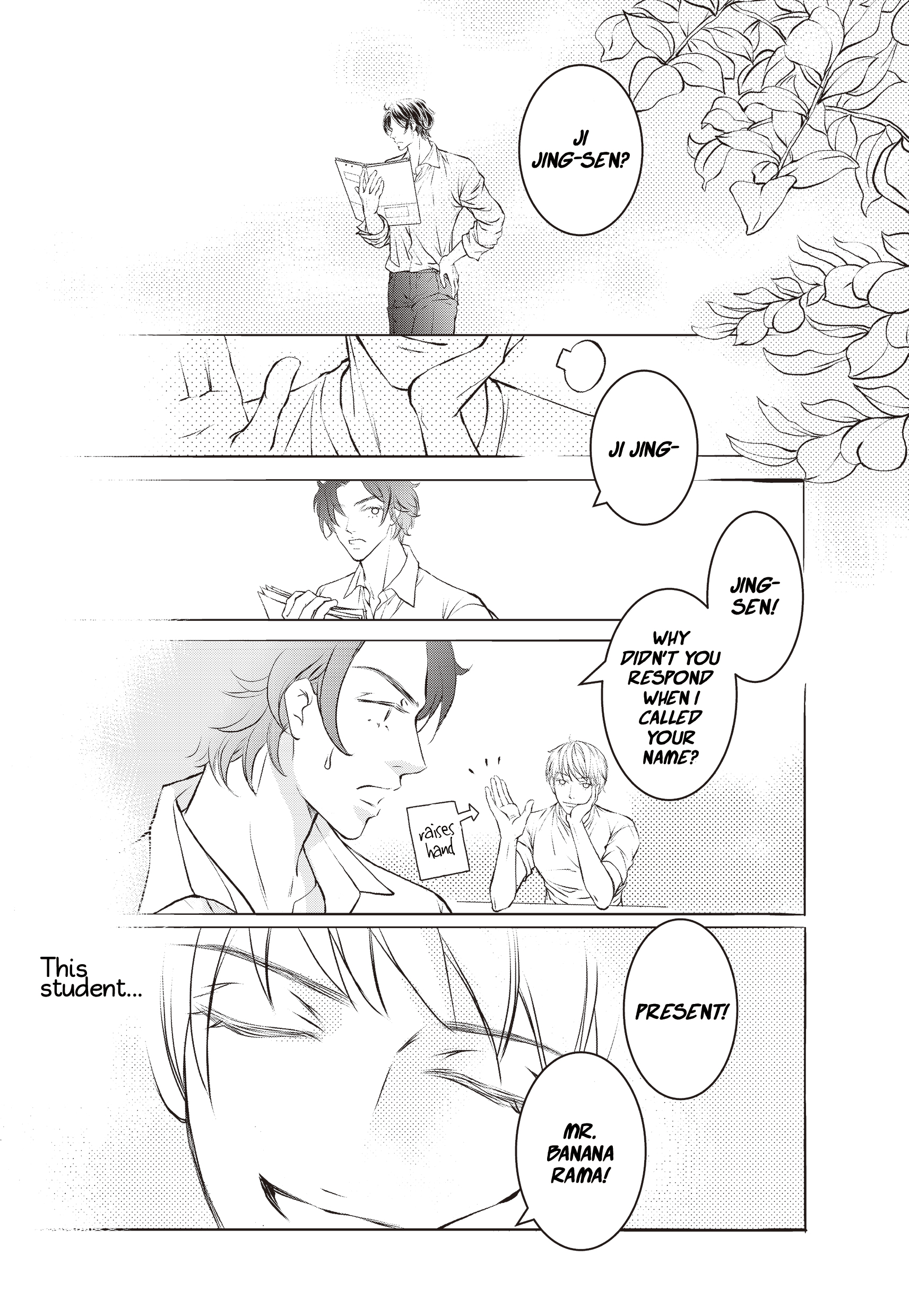