While escaping from local hoodlums, a young boy, A-Chi, and the elderly owner of a curio shop find themselves transported to ancient times, where they take refuge with a woman who sells steamed buns. Little do they know that the woman will soon stand accused of selling steamed buns stuffed with human flesh!

There’s nothing A-Chi loves better than listening to Mr. Chien tell stories. Every day after school he heads straight to the Mr. Chien’s curio shop in hopes of hearing more. One day, the elderly shop owner comes into conflict with a local gang collecting protection money. A terrified A-Chi flees into the depths of the shop to hide, only to discover the winding corridors have no end, forever twisting and turning and leading to an infinite number of worlds.

Exhausted from his flight, A-Chi follows an enticing scent to a restaurant that sells steamed buns. When he regains his senses, he realizes that he, Mr. Chien, and the hoodlums have all been transported back to antiquity, and the gateway back to the curio shop has disappeared!

A-Chi and Mr. Chien become lodgers with Sun Erniang, proprietress of the steamed bun shop, while the gangsters, after giving an impromptu rock concert, are mistaken for a trio of gods and become guests of a local dignitary, Lord Xiao. Outwardly known for his generosity, Lord Xiao is in fact a great schemer. When he spreads a rumor that Sun Erniang sells steamed buns stuffed with human flesh, he ignites a conflict that pits Lord Xiao and the three hoodlums against A-Chi, Mr. Chien, and Sun Erniang.

Recently re-issued in a thirtieth anniversary edition, the story of The Human Bun remains as fresh and original as ever. This fast-paced, tight-knit tale from artist Ren Zheng-hua sprinkles in references to contemporary film and art and irreverently questions the nature of truth and reality. Modern readers are sure to appreciate this multi-layered masterpiece of comic humor. 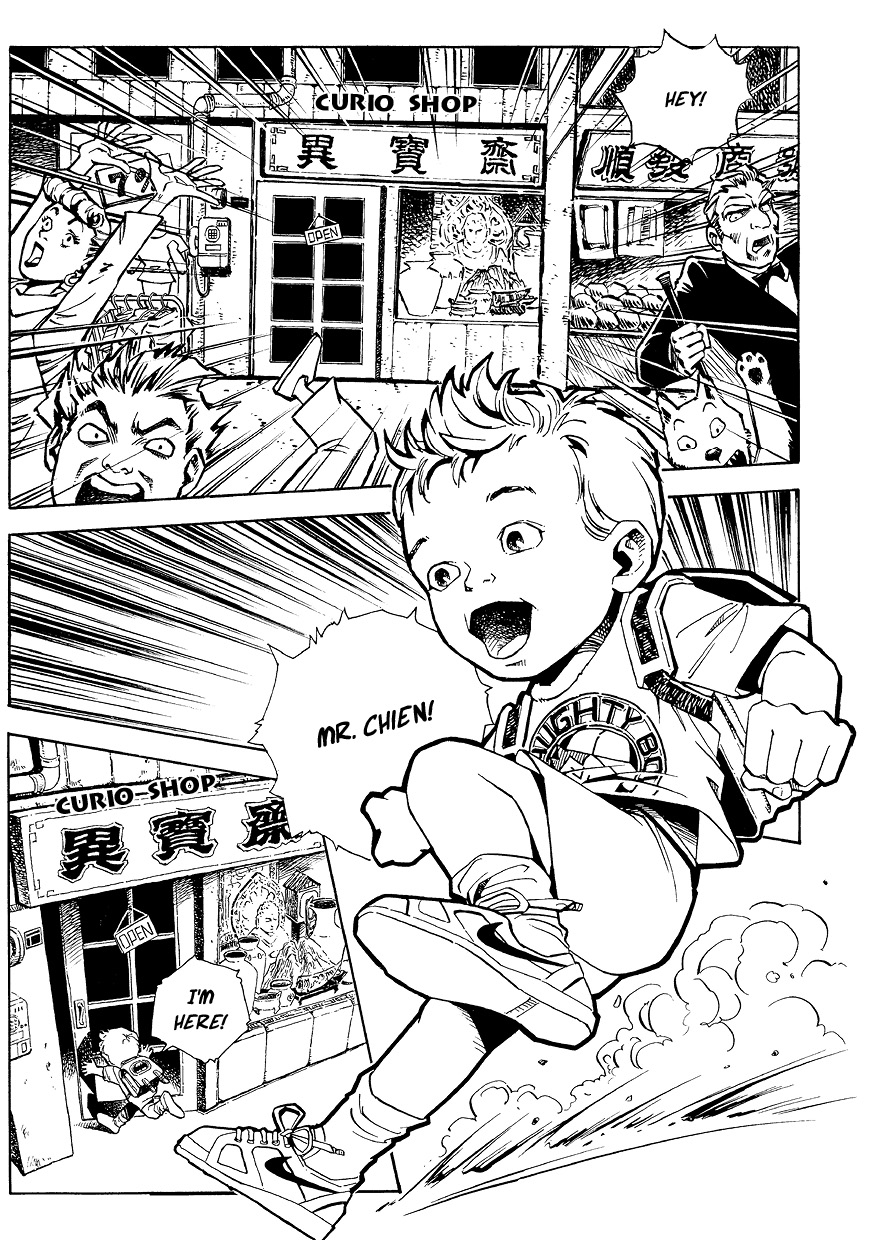 ● Easy on the Eyes: Comic Book Maestro Ren Zheng-hua on Mastering the Art of Visual Storytelling