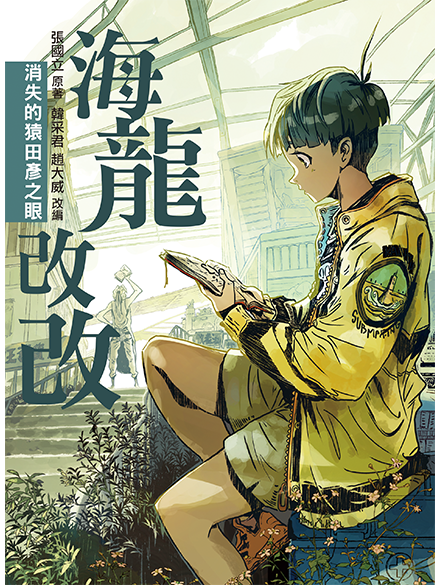 THE EYE OF SARUTAHIKO

* Animated film adaptation of the source novel currently in production

A jaded youth sent back to his hometown, a military history geek, a pretty freshman Japanese major, and a precocious teen car mechanic are about to set off on the treasure hunt of a lifetime, following clues from a 75-year-old notebook left in Taiwan by a Japanese soldier.

When he fails to get into college, 18-year-old Lin Hui-sheng returns to Laomei, the small fishing town on the north coast of Taiwan where he spent his childhood. One day while browsing a second-hand shop he inadvertently purchases an old notebook leftover from the Japanese occupation. Though he doesn’t understand a word of Japanese, his curiosity is piqued by the drawings he finds inside, particularly the hand-drawn map of a seemingly familiar landscape. Believing he is on the verge of a momentous discovery, he resolves to crack the riddle of the mysterious diary!

Unable to read Japanese, Lin Hui-sheng enlists the help of his high school buddies. Starting from a map in the shape of a Tengu, a creature from Japanese mythology, the trio manage to locate an abandoned bunker. The bunker opens into an underground corridor, but all they find at the end is an empty cavern where they can hear the sounds of the wave pounding against the famous Laomei reefs. Is there really some kind of treasure to be found here? Exactly what was the purpose of the map?

The Eye of Sarutahiko is the comic book adaptation of Chang Kuo-Li’s novel of the same name. While undertaking the adaptation, the team conducted a survey of the region around Laomei in order to more accurately depict the setting of the novel, and to better introduce readers to the beauty of the northern Taiwan coast. With its distinctive characters and humorous narrative style, The Eye of Sarutahiko will be loved by readers of all ages. ● Novel, Graphic Novel, and Animated Feature: the Creators of THE EYE OF SARUTAHIKO on the Process of Adaptation