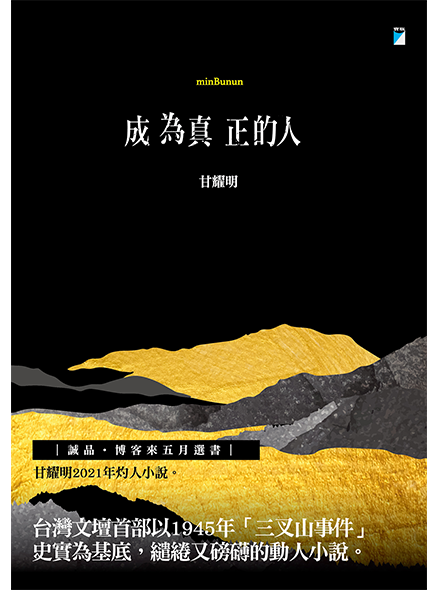 By the summer of 1945, the defeated Japanese are leaving Taiwan, and young Halmut dreams of leaving his tribal lands in the mountains behind for a career in professional baseball. Yet when a plane carrying American POWs crashes on the precipitous Sancha Mountain in south Taiwan, the ancestral knowledge of Halmut’s people – the mountaineering Bunun – is called on to save lives. Kan Yao-Ming weaves a touching story of self-discovery and strength in difference amid the events surrounding the crash of a B-24 Liberator.

As a teenager, Halmut leaves almost everything behind to pursue his dream of being a pitcher. Yet after riding the bench for an entire season, his moment of glory is ruined when he forsakes the field to chase someone who accidentally steals his backpack, in which he carries the ashes of his best friend. Halmut’s team loses, and he doesn’t make the call-up lists. He returns to his tribal community in the mountains as if in defeat.

Unbeknownst to him, the storm of world history is about to sweep him up. On September 10th, two US planes carrying prisoners of war out of combat zones go down over the South China Sea. One of them, a B-24 Liberator, crashes into Sancha Mountain, just north of Taitung. The experienced mountaineers of Halmut’s Bunun community, which has inhabited the mountains for millennia, are called upon to form a search party and save any lives they can.

Becoming Bunun is a bildungsroman of both open and secret self-discovery, set amid the epic backdrop of true events in world history. The substance of Halmut’s life, from his early training as a hunter under his grandfather’s eye to the quiet discovery of his homosexuality and his relationship to tribal identity as a young adult forms the beating heart of award-winning author Kan Yao-Ming’s momentous tale. As Kan takes us up the steep mountainside life, he invites us to think about whom we carry with us as we find out who we are.