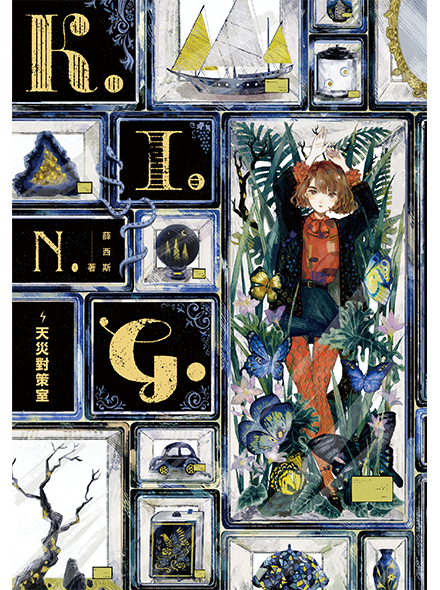 A second extinction has hit the Earth, caused by a deadly and untraceable energy source called Disaster. After Chung Hui’s apartment building is destroyed in another attack, she moves in with her father. But the sudden disappearance of several high school students forces her to ask whether or not Disaster has found its way into her own family.

An unknown, malicious energy source, nicknamed Disaster, has been visiting unpredictable destruction on Taiwan for the last decade. Its first attack caused earthquakes and tsunamis that swallowed the Western half of Taipei; the second attack reduced the 101 skyscraper to rubble. No one knows how it will strike, or whom.

After Chung Hui’s apartment building is destroyed in one such random and unstoppable assault, she moves back in with her father, who makes his living teaching students to paint. Just as rumors reach her ear about people on the street suddenly being vaporized, she witnesses her father pushing one of his students out of the window - then watches the body disappear into thin air.

Shortly afterward, Chung Hui is visited by a woman in black, who claims to work for the agency – code-named KING – that once controlled the Disaster. Chung Hui’s father’s behavior and the evaporation of people in broad daylight are somehow connected to the onset of the Disaster, and the mystery must be cracked before the weapon becomes permanently out of control.