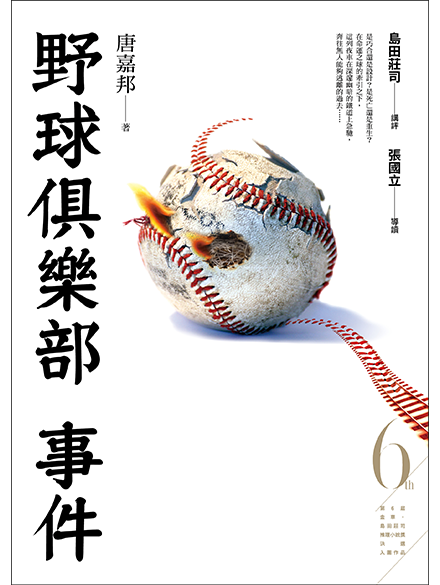 The setting is Japanese-occupied Taiwan. Two businessmen – one Japanese, one Taiwanese – are murdered on the same night while riding trains at opposite ends of the island. Both were members of an exclusive club for baseball aficionado, and each disliked the other intensely. Who could have masterminded the murders – and what does it have to do with the game that defined the 20th century?

At 7:22 p.m. on the 31st of October, 1938, millionaire businessman and baseball enthusiast Fujishima Keizaburo boards a train bound for southern Taiwan. His unexplained absence at the Kyumikai Baseball Club, which had convened that night to listen to the game between rivals Keio and Waseda University, was noted but understood: he was headed south to convince the best young star in Taiwan to join the Keio team.

Yet, when the train pulls into Kaohsiung station the following morning, Fujishima’s stabbed body is found sprawled across the floor of his compartment. At around the same time, his fellow club member Chen Chin-Shui is found dead by poisoning while riding the Taipei Rail. The two men hated each other enough to be suspect, but who would kill them both at once?

In this historical dive into one of the tensest periods in Taiwanese history, award-winning mystery writer Tang Chia-Bang writes the sinister side of a world defined by high stakes, home runs, and dangerous fouls.

● THE BASEBALL CLUB MURDER: A Masterwork of Contemporary Taiwanese Crime Fiction (I)