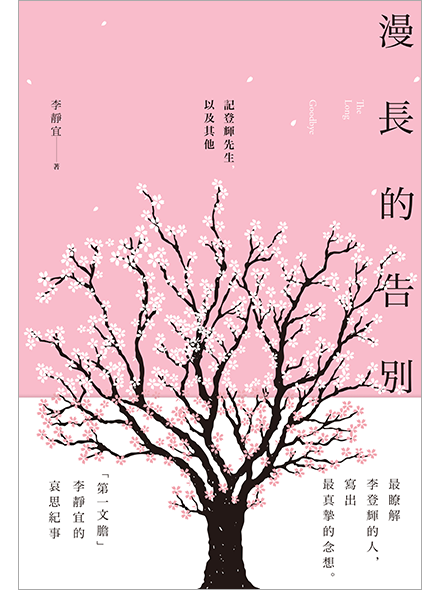 A heartfelt farewell and first-hand account from inside the cabinet of Lee Teng-hui, Taiwan's first-ever popularly elected president, as told by his only female speechwriter.

Lee Teng-hui, president of Taiwan from 1988 to 2000, was dubbed “Mr. Democracy” for leading Taiwan through the transition from autocratic rule to free and open elections. During his time in office, most of his speeches were written by author Lee Ching-Yi, the only female speechwriter in Lee’s cabinet, and who was only in her twenties at the time.

Thirty years later, after the death of Lee Teng-hui in 2020, the author began composing this memoir of her time in the Office of the President, and her personal impressions of this towering statesman. The result is packed with minute observations and telling details. The author describes the difficulty she had finding a needed book in the president’s study – Lee Teng-hui was a voracious bookworm who collected thousands of books. She recalls the president, in the moments before undergoing a major surgery, studying his face in the mirror, as if for the last time. She recalls how at ease her boss was, even in the moments of his electoral defeat and his resignation as chairman of the Chinese Nationalist Party (KMT). Told with disarming intimacy, this is a story of leadership, friendship, and mentorship. For the author, it is clear that Lee Teng-hui was a father-figure as much as he was a historic leader of Taiwan.

A memoir as wise, amiable, and principled as the president it recalls, The Long Goodbye is a farewell letter to a beloved mentor, a coming-of-age story recording the moments that made the author the woman she is today, and an invaluable peek behind the scenes during one of the critical junctures of modern Taiwanese history – the birth of its democracy.