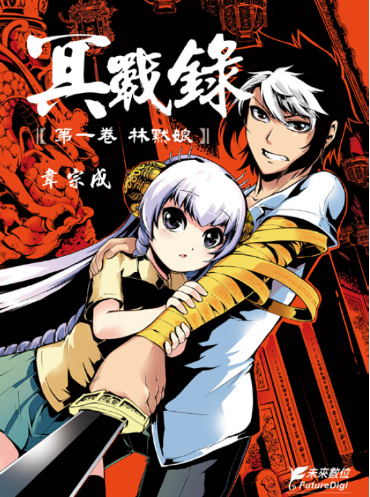 RECORD OF THE DARK WARS

After the 1999 Jiji earthquake devastated Nantou, Taiwan, demons began to wreak havoc in the terrestrial realm, leading the police to set up ‘Project Blackout’ to eliminate them. One day, a terrible monster appears in Taipei. The police team up with the gifted teenage magician Chen Po-Jung to behead the beast and banish the evil spirit. In the process, Po-Jung runs into a girl who shares a name with the Goddess Matsu, worshipped by millions in the temples of Taiwan. Po-Jung takes the pretty Matsu under his wing only to discover that the unrest in the underworld and Matsu’s sudden appearance have a surprising hidden connection…

Unlike the majority of long form comics in Taiwan, which are usually first serialised in magazines before being collected into books, Record of the Dark Wars represents one of the rare exceptions to this rule.